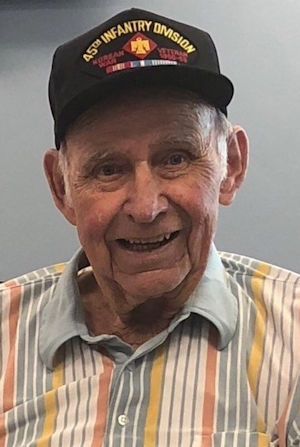 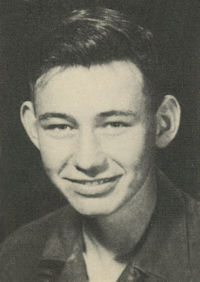 K.G. was raised in Perry Oklahoma, and graduated from Perry High School in 1950. He enlisted in the Oklahoma National Guard that same year and served in Korea in the 42nd Infantry until his discharge in 1952.

After his military service, he moved to California, where he met the love of his life, Virginia Odom. They were married October 11, 1952, and had four children, Gene, Susie, Patty and Sandy.

K.G. spent most of his career with Standard Oil and then Chevron Chemical. He retired in 1990, but continued on as a part-time consultant in the industry for many years. K.G. and Virginia retired to Edmond, Oklahoma, in 1990, where he resided until his death.

During K.G.’s years in Edmond, Oklahoma, he was a very active member of the Kickingbird Golf Course Senior Men’s League, serving as President of the club for several years. He made many lifetime friends at Kickingbird, and cherished those friendships throughout his life.

Funeral services will be held Saturday, March 7, 2020, at 12:00 pm at Matthews Funeral Home, 601 S Kelly, Edmond, OK, with burial to follow at Jones Cemetery, Jones, Oklahoma. Visitation will take place Friday, March 6, 2020, at Matthews Funeral Home. The health and well being of all children was K.G.’s passion. In lieu of flowers, please donate to St. Jude’s Children’s Research Hospital or Shriner’s Children’s Hospital.