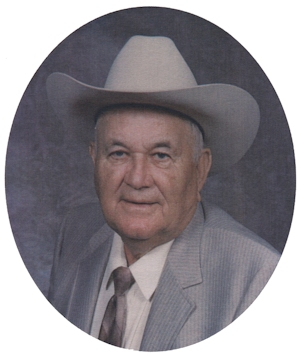 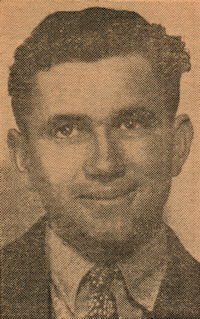 For his hobby he selected horses. He plans to become a farmer after his graduation from Perry High School.

A graduate of Perry High School, he was a life-long resident of the Perry community. Anderson served in the United States Army from 1942-1946. He and the former Collene Paulsen were married at Newkirk, OK on June 4, 1949.

He was owner of Western Tank Trucks from 1957-1974 and was Noble County Commissioner from 1979-1986. A charter member of the Perry Elks Lodge, Anderson also was a member of the 10th Armored Division, Veterans of Foreign Wars, American Legion, FFA Alumni and the Black Angus Association. He was a lifetime member of the Cherokee Strip Historical Society. He enjoyed cattle ranching and horse racing.

Funeral services will be at 10:30 a.m. Tuesday, February 12, 2002 at St. Rose of Lima Catholic Church with Rev. Kevin Devlin officiating. Burial will be in Grace Hill Cemetery under direction of Brown-Dugger Funeral Home.

Memorial contributions may be made to the American Cancer Society or the Oklahoma Medical Research Foundation.

In addition to his wife, Collene, survivors are a daughter and son-in-law, Sandy and Jim Soulek, Perry, OK; a grandson, Brent Joseph Soulek, and his fiancée, Casey Langston, Oklahoma City, OK; and a granddaughter, Amy Collene Soulek, Wichita, KS.

His parents and one brother preceded him in death.