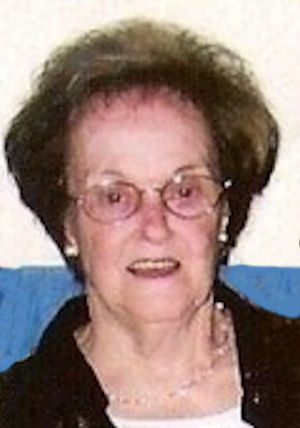 – daughter of Mr. and Mrs. Leo Golliver, was born in Perry. Before coming to Perry high school she attended the Lone Star school.

She is a member of the glee club and has received honors for bread baking in district contests.

Mae Archer of Danville, CA passed away peacefully at home with her family on November 25, 2012.

Mae was born in Perry, OK on April 5, 1920. She spent her early years growing up on the family farm and graduated from Perry high school in 1938.

In 1942, she married Francis (Frank) Archer and earned her wings with the WAAF while Frank went to fly planes in WW2. After his return they lived in several places across the United States before settling in California in 1955.

In addition to raising her three daughters with Frank, Mae worked as a bookkeeper in several local real estate businesses over the years.

She was very active in the San Ramon Valley United Methodist Church. Mae devoted her life to her family, friends, and faith. Her wide circle of friends is testament to a life well lived.

Mae was preceded in death by her husband Frank of 66 years and her daughter Patricia Reading.