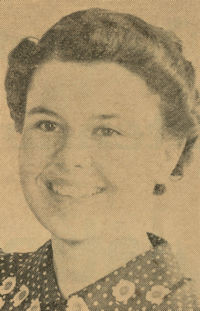 In Perry High School, she was a member of the National Honor Society, on the student council and placed second in the district Spanish contests in 1938.

Family and freinds will gather for a Mass of Christian Burial in St. Bernard’s Church, 1529 Washington St., West Newton, Friday at 10:00 a.m. Interment in Newton Cemetery. In lieu of flowers remembrances may be made in Alma’s memory to the Sons of Mary Missionary Society, 567 Salem End Rd., Framingham, MA 01702.