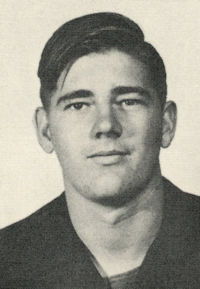 Born on March 1, 1926, at his grandparents home in Ralston, OK to William Ray Riddle and Ada (Rush) Riddle . Billy grew up in Meeker, OK and later Perry, OK.

At the age of 17, Bill signed up with the U.S. Marines and served as a tank commander in the 3rd Marine Division in World War II. His service included landing and securing the Pacific island of Iwo Jima, the bloodiest battle of the Pacific war. After the war he was stationed in China and returned home to Perry to finish high school.

Bill was a member of the Perry Maroons Marching Band and met fellow band member Mary Louise Smith. The couple married on February 19, 1949 in Cushing. The couple continued their education at Oklahoma A & M Technical College in Okmulgee.

After working at Tinker Air Force Base, the couple relocated and settled in Tulsa in 1952 and both worked at McDonnell Douglas Corporation. In 1961, their son Joseph Ray Riddle was born.

He was preceded in death by his mother and father, an infant son and wife of 52 years.

Funeral service is set for 2 p.m., Thursday May 1, 2008, at Rose Hill Funeral Home Chapel with entombment at Rose Hill Mausoleum.