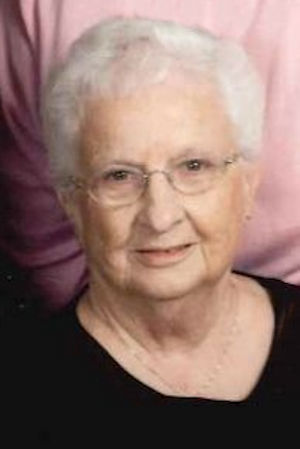 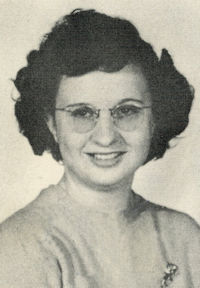 Funeral services for Donna Marie (Stout) Sample, 89, of Chickasha, will be held at 1:00 p.m. on Wednesday, January 10, 2018 in the Ferguson Funeral Home Chapel with her grandson Mark Carpenter officiating.

Donna grew up in Covington and graduated from Perry High School in 1947.

On September 19, 1949, she married Oliver Robert Sample in Covington, Oklahoma. They moved to Seiling and started their family, then they lived in Enid where Donna was a homemaker. In 1963, they moved to Chickasha and opened and operated the “Wide Awake” grocery store until 1973. They then moved to Cement and opened a “Grocery & Grill” store until they retired. Donna and Oliver moved back to Chickasha in 2008.

Donna enjoyed gardening, canning, and spending time with her grandchildren and great-grandchildren. She was a member of the Eagles Lodge and loved to bowl in the Women’s League. She also loved playing cards and BINGO.

Survivors include her daughters and sons-in-law, Carolyn King of Chickasha, Peggy and Wickie Riley of Amber, Tarri and Les Carpenter of Cement, and Tena and Jeff Jordan of Custer City; son and daughter-in-law, Robert and Debi Sample of Yukon; brothers, Larry Carlile of Perry and Mark Carlile of Colorado; sister, Twila Bales of California; thirteen grandchildren and numerous great-grandchildren and great-great-grandchildren; many nieces, nephews, and cousins; and other extended family and friends.

The family requests memorials be made to the Grady Memorial Hospital Foundation, 2220 Iowa Ave., Chickasha, OK 73018.

Interment will be in Cement Cemetery under the direction of Ferguson Funeral Home.