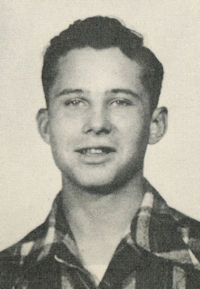 Jack Smith Thompson, 84, of Farmington, passed away on Monday, Sept. 16, 2013, at the Bee Hive Homes in Farmington. He was being visited and comforted by numerous family members in the days before his death.

Jack came to Farmington in 1956 and worked on a perforating and logging crew in the San Juan Basin. He bought his first business shortly thereafter and, for more than 40 years, brought his love of life and people to his work. Customers were friends and as many came for the conversation as they did for the service.

He was a loving and devoted husband, father, grandfather, baseball coach, world traveler, Dallas Cowboys’ fan, museum docent and to everyone in his life, a great friend.

Jack is survived by his wife, Shirley Thompson, to whom he was married for 37 years. He is also survived by four children and two stepchildren: Bert (Sandi) Thompson of Farmington; Michelle Rodhal of Mesa, Ariz.; Cretia Thompson of Tucson, Ariz.; Ryne (Cyndi) Thompson of Albuquerque; Susie Beaulieu Perkins of Bloomfield; Ann Marie (Mark) Dixon of Chicago, Ill.; as well as twelve grandchildren and one great-grandchild.

A rosary will be recited at 7 p.m. today, Sept. 19, at Sacred Heart Catholic Church, 414 Allen Ave., Farmington. A memorial service will be at 10 a.m. on Friday, Sept. 20, also at Sacred Heart Catholic Church, with Father Tim Farrell as celebrant. Cremation is planned with inurnment at a later date at St. Mary’s Columbarium. In lieu of flowers, the family is requesting donations be made in Jack’s honor to Little Sisters of the Poor, 1900 Mark Ave., Gallup, N.M. 87301.