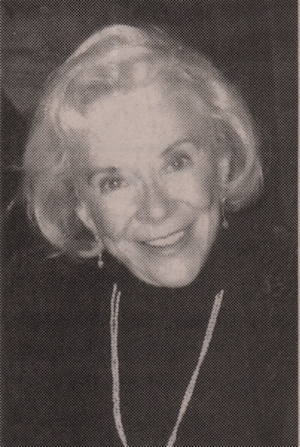 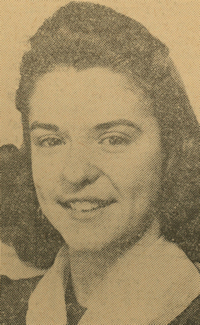 ﻿- daughter of Mr. and Mrs. Elmer V. Davis of Perry, was born on December 3, 1924, in this city and has attended the Perry schools for 11 years. She received a double promotion in both her second and fifth grades.

Lila Lee was football queen during the past grid season, and was named to the National Honor Society for her last year in high school.

She plans to attend business college next year.

She is predeceased by her parents, Elmer and Minnie Irene Davis. Her dear husband, Stuart F. Auer, passed away in 1963.

Lee was born and raised in Perry, Oklahoma, and graduated from Perry Senior High School in 1941, where she was active in music, theatre, and student council. She was also a Homecoming Queen and a member of the National Honor Society.

She attended Northern Oklahoma Junior College at Tonkawa for two years and graduated from the University of Oklahoma, where she was active in the Delta Gamma sorority and was the recipient of many more achievement awards.

She then settled in the San Francisco Bay area, where she taught high school for the SF Unified School District for 23 years.

Lee loved to travel the world, learn about different cultures, and play tennis, bridge and golf. She will be remembered for her grace, generosity, dignity, and wonderful sense of humor. Lee will be greatly missed by her family and tremendous circle of friends.

In lieu of flowers, please make a donation to either Hospice of Marin or the Susan Komen Breast Cancer Foundation.