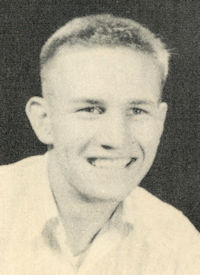 Mr. Beckham died May 19 at his residence.

He was born Feb. 8, 1930, in Perry, Okla., to the late William Stewart and Minnie E. Reich Beckham. He was a welder and heavy equipment operator.

He lived in Pecos before moving to Grand Saline 17 years ago. He was a member of First United Methodist Church and preceded in death by his sister, Irma Hobbs.