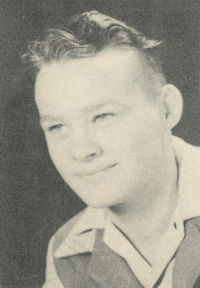 Wilbur graduated from Perry High School and received his B.S. in Engineering from OSU. He served in the U.S. Air Force from 1951 to 1953.

Wilbur worked for Lucent for 28 years. After his retirement he and Beverly moved to Lake Kiowa, TX. In 2000 they moved to Spanish Cove in Yukon.

He was a member of St. John Nepomuk Catholic Church. Wilbur remained active in the Pioneers Retirement Group.

He is preceded in death by his wife Beverly Sloan, his mother and a grandson.