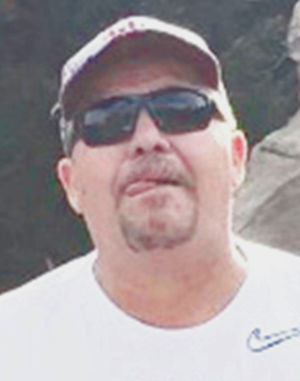 Kelly Wyn Mills passed away suddenly on Saturday, March 14, 2020 at his home in Stillwater, Oklahoma. He was 58.

A Celebration of Kelly’s life will be held on Thursday, March 19, 2020 at 2PM at the First Assembly of God church in Perry. Interment will follow at Grace Hill Cemetery.

Kelly was born August 17, 1961 in Perry, Oklahoma to Richard Henry and Dixie Lee (Myers) Mills. He grew up in Perry and spent several years in the community. He joined the Navy on January 19, 1981 and served his country for the next four years before receiving an honorable discharge. On April 27, 1999.

He married the love of his life, Christi Wallace, in Cozumel, Mexico.

Some of his hobbies included; fishing, golf, shooting and working on his guns, softball, OU football, spending time with his family.

He was preceded in death by his parents; brother, Kevin Mills; one granddaughter, Skylar Fay Duncan; and one great-nephew, Duane Mills.