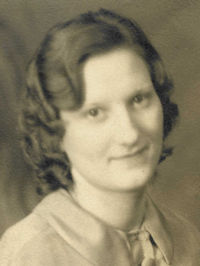 Funeral will be at 2 p.m. Tuesday in the chapel of Brown Funeral home. Rev. Kyle Chamblin, of the First Baptist church, will officiate. Burial will be in Grace Hill cemetery. Memorials may be made to the American Lung association.

Mrs. Goss was born on Aug. 30, 1914, in Payne county, the daughter of Ralph and Martha Sherrard. She graduated from Perry high school in 1934 and Baptist Hospital School of Nursing in 1937.