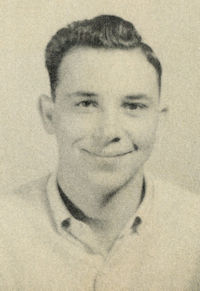 ﻿The Lord took Robert (Bob) LeRoy Sprague home on May 13, 1998, at 6:30 in the evening after a 16 week battle with an aggressive lung cancer. Bob will be missed by his loving family and many friends.

Bob was born in Cushing on April 21, 1934, to Marshall Sprague and Mary Neal Pierce. He graduated from Perry High in 1954 and served in the Army during the Korean Conflict.

Bob lived in Oklahoma City for the last 30 years. His many hobbies included fishing, hunting, astronomy and amateur ham operator KI5ZI(Bob). Bob knew something about everything and always had a smile ready.