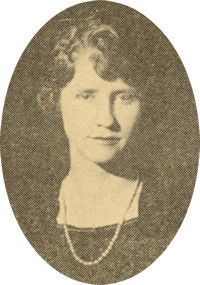 “Hazel has been quite busy this year but there seems to be an outside attraction.”

Mrs. Hicks was past grand matron of the Latham Kansas Order of the Eastern Star and was a Baptist.