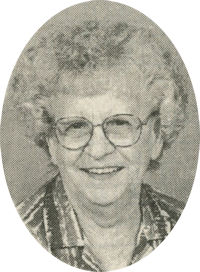 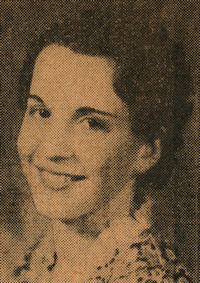 – daughter of Mrs. Jake Stiver of Perry, was born in Nebraska on Sept. 30, 1919. Miss Stiver attended the elementary grades in the Pleasant Hill rural school and attended high school at the St. Joseph’s Academy in Perry and Perry High.

Following graduation she wants to take a beauty course.

﻿Eleanor Helen Wilde, 85, formerly of Perry, Oklahoma, was the daughter of Jacob and Kunda (Webber) Stiver. She was born September 30, 1918, in Combloom, Nebraska and died October 23, 2003, at Southwest Medical Center in Oklahoma City.

After her graduation from Perry high school in 1937, Eleanor and Rinhold Wilde were married at Perry, Oklahoma, on August 1, 1940. She was a homemaker.

Her parents, her husband, Rinhold, and one son preceded her in death.