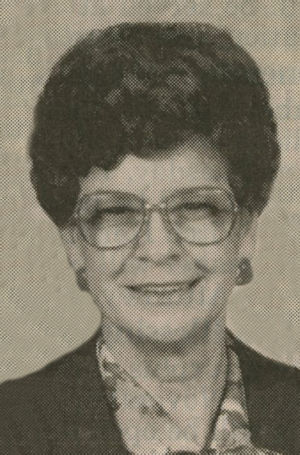 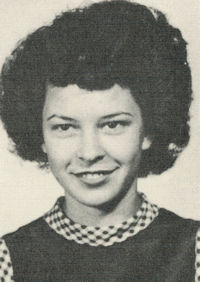 In 1995 she retired from the Department of Transportation where she had worked for 35 years.

Everyone who knew her would remember her in the kitchen-she truly loved to cook. Cooking and sewing were just a few of the many ways in which she expressed her love for her family.

Pheobe was a woman of great faith. She was an active member of Calvary Baptist church as well as a Sunday school teacher. Pheobe’s favorite scriptures included Romans 8:28, Psalms 121 and Romans 8:38-39 “For I am persuaded, that neither death, nor life, nor angels, nor principalities, nor powers, nor things present, nor things to come, nor height, nor depth, nor any other creature, shall be able to separate us from the love of God, which in Christ Jesus our Lord.”

Pheobe was preceded in death by her parents and her husband; 2 brothers, Robert Campbell of Red Rock, Oklahoma, and Charles Lee Campbell of Perry; one son, Glenn Alan Nelson of Orange Park, Florida; and a grandson, Adam Wayne Goodson of Oklahoma City.

Pheobe was a beloved wife, mother, sister, and grandmother, and her memory will live on in all of us.

The family requests that you join us for a memorial service to celebrate her life on Tuesday, December 6, at 10:00 a.m., at the Calvary Baptist Church, 1107 Cedar Street, Perry, Oklahoma. She is interred at Grace Hill Cemetery, alongside her husband, Allan.