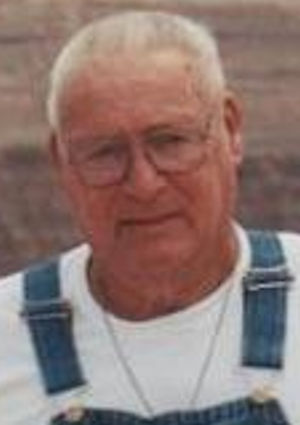 Mr. Workman grew up and attended school in Nowata, OK and Perry, OK, later receiving his GED and then attended college at Phillips University in Enid, OK, with an Associates in Economics.

He served faithfully in the United States Marines and Army National Guard for 44 years and 5 months. Mr. Workman enlisted 6 days before Pearl Harbor, and later spent 39 months in the South Pacific which included 5 landings in WW II. During his military career he spent time in New Caledonia, Saipan, Guadalcanal, Tarawa, and Eniwetok. Hiroshima, Japan and Korea were also places he visited while deployed over seas. Bill was an honored Para Marine and was a proud recipient of 1 Purple Heart and one Bronze Star with Valor.

Mr. Workman was married to Patsy (Pricer) Workman September 27, 1952, until November 19, 2000, when his beloved wife passed away. They had a wonderful fulfilling life together and raised 4 sons and 3 daughters. His grandchildren and great-grandchildren were the highlights of his life.

Bill loved the 30 years he coached baseball in Perry, OK and he retired from the USPS as a letter carrier. He was a member of the First Baptist Church.

Funeral services for Billie “Bill” Workman are scheduled for 2pm Tuesday, March 2, 2010, at the First Baptist Church with Brother Aaron Summers officiating. Interment will be in Grace Hill Cemetery, in Perry, OK. Memorials may be sent to the American Diabetes Association.