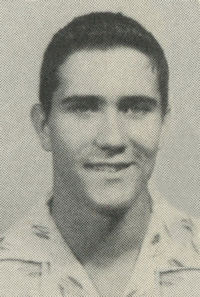 Graveside services for Albert Wayne Lively, 72, will be held at 5 p.m. Wednesday, Aug. 28, at the Cookeville Cemetery on Spring St. Cookville, TN.

He was born in 1940, in Victoria, Texas, to the late Wilburn and Pearl Young.

Mr. Lively was united in marriage to Treva Moody 55 years ago in Yukon, Okla. He and Treva moved several times during their life together. They settled in the Cookeville area in 1999, coming here from Pueblo, Colo. Mr. Lively was a faithful and loving husband and father.

In addition to his mother and birth father, Mr. Lively was preceded in death by his adoptive father, H.M. Lively.