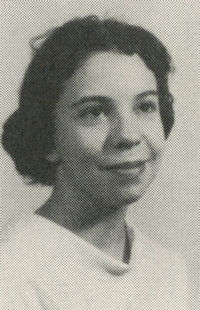 She is survived by husband, Kay; sons, Kevin and Kurt of the home; and mother, Mrs. Maureine Bayerlein of Oklahoma City.

Services will be held at 10:00 AM Monday, April 21, 1986, at All Soul’s Episcopal Church, 6400 N. Pennsylvania with interment in Resurrection Cemetery. In lieu of flowers the family request memorial be sent to Hospice of Central Oklahoma.