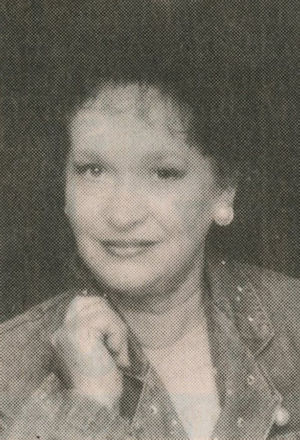 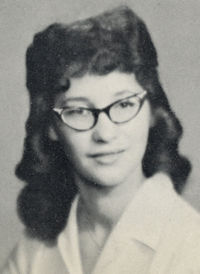 Funeral services for Jean Rutherford, 64 year Woodward resident, will be Saturday April 5th, at 2 p.m. in the First Assembly of God Church in Woodward. The Reverend Lonnie Rutherford and the Rev. Sheldon Riley will officiate. Interment will be in the Elmwood Cemetery under the direction of Johnson’s Good Samaritan Funeral Service.

Shirley Jean Rutherford was born Feb. 5, 1944 in Guthire, Okla. to C.A. and Rita E. (Sanabria) Johnson. She grew up in Perry, Okla. and graduated from Perry High School in 1962. On Sept. 7, 1962 she was married to her high school sweetheart Harvey Rutherford at Perry and they resided in Perry until moving to Oklahoma City in 1969. In 1974 when Harvey was transferred with the Oklahoma Highway Patrol they made their home in Woodward. Jean worked at the Fruit of the Loom factory and later worked 8 years as dispatcher for the Woodward County Sheriff’s Office. She then spent several years taking care of grandchildren and for the past 7 years has worked at Wal-Mart.

Jean was a member of the Woodward First Assembly of God Church were she had served as Woman’s Ministries president. She also worked with Vacation Bible School were she was in charge of crafts. Jean enjoyed traveling with her husband collecting antiques. Jean was very creative and she enjoyed decorating, oil painting, crafts and going to craft shows with her daughters. But the most important thing in her life other then serving God was spending time with her grandkids.

She was preceded in death by her step-father Wayne Nida and her two grandsons, Shelby and Seth Harris. She was survived by her husband, Harvey, of the home; a son and his wife Aaron and Linda Rutherford of Elk City; two daughters Brenda Harris of Woodward and Kim Barnett and her husband, Shaun, of Woodward; 5 grandchildren, Tyler Harris, Makenzie Harris, Shelby Barnett, Cory Barnett, and Courtney Barnett; a sister and her husband, Barbara and Steve Summerall of Mooreland; 3 half sisters, Shari Golay and Judy Goins, both of Edmond, Okla. and Annette Wertzberger, of Lawrence, Kan.; 4 half brothers, Ronnie Nida of Lawrence, Kan., Bobby Nida and Mike Nida, both of Perry, and Carl Nida of Edmond; and other relatives.