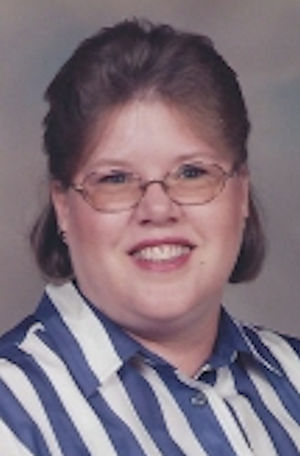 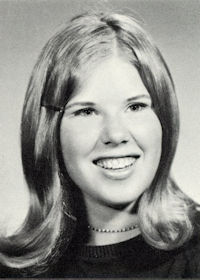 Arline Kay (Kroll) Wagner was born on December 19, 1952 in Enid, Oklahoma. She is the daughter of Johnie K. Kroll and Joan G. (Sharkey) Kroll of Perry, Oklahoma. As a young girl, Arline attended Christ Lutheran School in Perry and was an active member of the 4-H club. She later attended and graduated from Perry High School and was an accomplished baton twirler for the Perry Maroons marching band. She loved twirling at school sporting events and parades as well as earning many awards in both school and regional twirling competitions.

After graduation, Arline married Marvin L. Wagner, the son of Emil Wagner and Mary Frances (Blatt) Wagner of Perry, Oklahoma. They were married at St. Rose of Lima Catholic Church in Perry, Oklahoma on October 16, 1971. As newlyweds, they resided in Perry while Marvin commuted for classes at Oklahoma State University in Stillwater, Oklahoma. During the early years of married life, they celebrated the birth of their first two children, Marla and Mark.

In January of 1975, the family moved to Oklahoma City, where Arline was a stay at home mom and an active PTA member and volunteer at her children’s elementary school. As time passed, the family expanded with the birth of two more children, Amy and Wade. Arline was a proud supporter of all her children’s activities and kept very busy as a “soccer mom,” “band mom,” “dance mom,” “tee-ball mom”, “football mom,” “piano mom,” “cross country mom,” and so much more. She especially loved to cheer from the sidelines of the soccer field for all four of her children and even took on the role as assistant soccer coach for a couple of seasons. Family and faith meant everything to Arline. She had an unwavering love for each of her children and her husband, Marvin. Marvin and Arline shared a faithful and committed relationship to each other throughout 48 years of marriage.

Even with the load of being a wife and full-time mother of four, Arline decided to pursue a lifelong goal of continuing her education. She enrolled in night classes at Oklahoma City Community College and earned an Associate Degree in Applied Science on May 5, 1989. Arline began her professional career as an office administrator for a local printing company. After a few years in this position, she decided to continue her pursuit of more challenging employment opportunities offered by the federal government. She took the Civil Service Exams and essentially aced all the exams pertaining to a secretarial position (including short-hand, who remembers that?). Her high scores placed her in a Direct Hire category and almost immediately, she began to receive application forms from various federal agencies in the Oklahoma City area. Arline accepted a secretarial position with the Federal Aviation Administration (FAA), and soon after became a Branch Program Analyst in an Engineering Division. In this position, she assumed the responsibility of tracking expenditures within her engineering branch. She successfully managed to track many projects within the branch and maintained each project’s individual funding stream. She oversaw millions of dollars of expenditures by tracking large and small purchases to the correct funding authorizations and reviewing all engineer’s travel claims to ensure they have met travel expenditure guidelines. Arline enjoyed working with and for the people in her division.

Arline became a member of the Catholic church upon marriage. She remained committed to her faith until the time of her death. While a parishioner at St. Andrew’s Catholic Church in Moore, she completed many training classes to become a Religious Education Teacher and shared her knowledge and Catholic faith with students of many ages. On March 2, 1996, she received a certificate of completion, and became an “Advanced Level Catechist.” After many years at St. Andrew’s she made the decision to become a parishioner at St. Mark’s Catholic Church in Norman and joined the Ladies Auxiliary there. Together, the ladies of the auxiliary perform many functions to support the church and charitable activities of the local community. Arline enjoyed working with her co-members of the auxiliary and considered all of them to be her friends. She particularly loved working with the ladies in the quilting and crocheting group. She loved each of them dearly.

One of Arline’s greatest joys was being a grandma to her 6 grandchildren, Alyssa, Sam, Emilee, Cheyanne, Josie, and Annabelle. Just like her own children, she loved to support them in all their activities and attended as many dance recitals, choir concerts, school plays, and Pre-K graduations as she could. She loved to “spoil” them with home-made bread, chocolate chip cookies and birthday cakes decorated just for them. Each grandchild was fortunate enough to receive a hand-sewn quilt or baby blanket made “with love” from grandma. When it came to her grandchildren, no request was too silly or ever denied.

Arline is preceded in death by her mother Joan Kroll, and her brother Clayton Kroll.

In lieu of flowers family requests memorials be made to Knights of Columbus’ Ultrasound Initiative via https://www.kofc.org/en/what-we-do/faith-in-action-programs/life/ultrasound-program.html