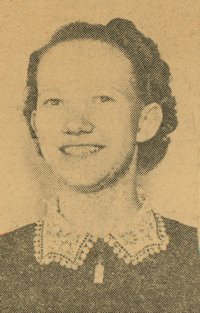 Dorothy Lottie Laird, former Cushing resident, passed away on Friday, October 12, 2007 in the Elmbrook Nursing Home in Ardmore, OK at the age of 85 years.

The daughter of the late Herman Ferdinand Wulf and Lottie Louise Cox Wulf, Dorothy was born on October 24, 1921 in Perry, OK and was reared and educated in the Perry schools.

Dorothy worked as a beautician out of her home for 15 years and worked in the City of Cushing clerk’s office.

She was preceded in death by her parents and husband.

Graveside services will be held on Saturday, October 13, 2007 at 2:00 P.M. in the Grace Hill Cemetery in Perry, OK with Reverend Larry Haney officiating.