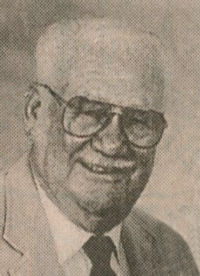 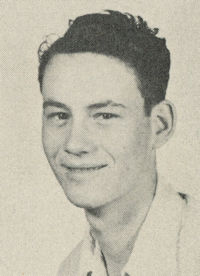 Eugene Edward “Gene” Smith, 87, stepped through the Gates to Glory Friday, September 8, 2017, where he was met by his recently deceased wife, Marceline C. Smith.

Gene was born November 23, 1929, to Carl Edward and Bertha Leota (Sloan) Smith in Noble County, Oklahoma. He was raised on the farm and attended Pioneer rural school through the eighth grade. The family moved in to Perry in 1946 where Gene continued his education. He enlisted in the U.S. Navy where he served most of his four years in Korea, receiving an honorable discharge in 1952.

Gene worked various jobs, including taxi driver, lumberjack, and reserve police officer, but the one he loved most was driving for Greyhound Bus Lines. His main route was from San Francisco, California to Reno, Nevada. He was an excellent driver and received several awards and citations from the company. He retired as a driver/instructor after approximately 30 years.

He loved to fish and enjoyed fishing with his dad on trips back to Perry. He also loved “tinkering” and was meticulous about his tools and his shop.

He was a man who wanted to give back in the way he was able. He was a grand master level 32 Mason, a member of the Independent Order of Odd Fellows and a past commander of the American Legion Post 53 in Perry.

He is preceded in death by his parents, his wife Marceline, one step-daughter, Sue Wheeler and one step-son, Winfred “Butch” Mason.

A memorial service will be held at a later date.