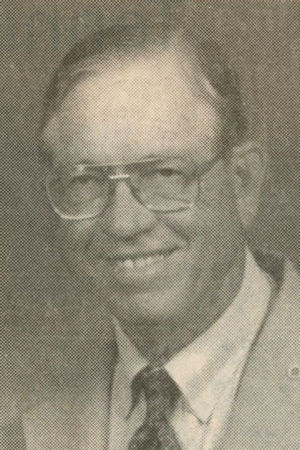 Strom was born May 5, 1928, in Perry, OK to Timothy and Hannah (Nelson) Strom. He graduated from Perry High School in 1945. He attended Oklahoma State University and graduated in 1949 with a Bachelor of Science degree in Animal Science, in 1958 with a Masters of Science degree in Rural Education, and in 1966 with a Doctor of Education.

He was a ranch manager at Coldwater, KS for several years; then served as a 2nd Lt. in the US Army during the Korean War. Later he was a County Extension Agent at Fairview, OK and Beaver, OK. He then transferred to become a Program Specialist for the Oklahoma State 4-H Department where he remained until his retirement in 1983.

He enjoyed working with young people his entire career. He worked with 4-H members and later with foster children with the Stillwater Exchange Club of which he was a charter member for 33 years.

He was especially proud of his seven grandchildren, Gabriel Strom, Emilie Strom, Carson Bode, Brigitte Bode, Kelsey Strom, Mason Strom, and Gage Strom. He enjoyed having them in his home often. Strom gave his time back to his community by serving 10 years on the Morrison School Board of Education, working many years at the Church of Christ “Food Bank”, plus acting as an officer in various organizations to which he belonged.