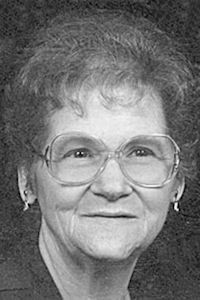 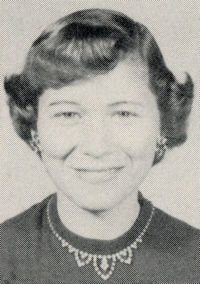 She was born November 27, 1937, at Perry, Oklahoma and died Tuesday, November 25, 2008, at Stillwater Medical Center in Stillwater, Oklahoma.

Norma attended Perry Public Schools. On April 4, 1959, she and Clarence Domenick Rolling were married at the St. Rose of Lima Catholic Church in Perry, Oklahoma.

She was a homemaker and enjoyed freehand drawing and music. Norma was a member of the First Church of the Nazarene.

Funeral services will be at 2:00 p.m. Monday, December 1, 2008, at the First Church of the Nazarene in Perry. Pastor Steve V. Smith will officiate. Interment will be in St. Rose of Lima Catholic Cemetery. Memorials may be made to the American Diabetes Association in care of Brown-Dugger Funeral Home, 1010 N. 7th Street, Perry, Oklahoma 73077.

In addition to her husband, Clarence, who died on July 19, 2002, Norma was preceded in death by one daughter, Michelle Renay Rolling; her parents, Denzil and Opal Ross; and one sister, Billie Ruth Henderson.