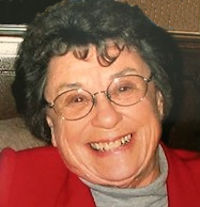 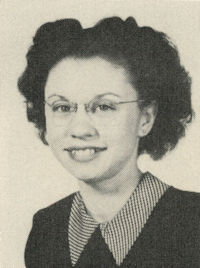 Phyllis Landrum lived enough to fill several lifetimes and loved enough to make it last forever. She was an intelligent and talented wife, a protective mother, loving grandmother, doting great grandmother-in-chief, and fierce friend. Her family loves her in the same way she loves them, proudly and without end.

She was born in Perry, Oklahoma, on October 22, 1930, to William T. and Rosella (Datel) Darmer. She married Jack H. Landrum, with whom she co-created an adventuresome life of entrepreneurship, ranching, and family. In retirement, she lived in Shawnee, Oklahoma, where she loved to entertain family and continue her oversight of Red Mound Ranch, a nationally-renown cattle operation she managed with Jack prior to his passing. In her community, she was adored by many and respected by all.

Among her many legacies are her industrious spirit, sharp wit, and the virtuous loyalty. Her most valuable legacy, however, is the powerful love she and Jack shared. They were stronger together, and so they are both stronger now that she has rejoined him.

Phyllis passed from this life on March 31, 2020. She leaves behind her three children: Tony Landrum, Ron Landrum and his wife, Devonna, Kim Porter and her husband, Ross; Her four grandchildren, Carla Landrum, Thomas H. Landrum and his husband, Ma Cong, Jacquelyn Porter, and Austin Porter; and two great grand-children, Thomson Ma Landrum and Mason Ma Landrum. Also is her sister-in-law, Doreatha Lowery, with whom she shared a beautiful friendship.

In lieu of flowers, the family suggests donations to Shawnee Meals On Wheels. A memorial is planned for her upcoming birthday in October of 2020.