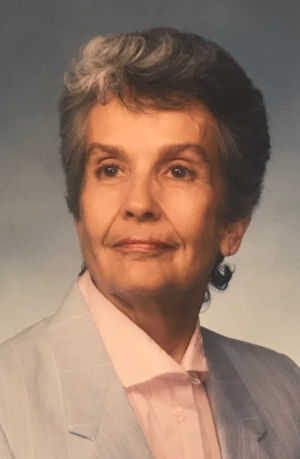 Born Ann Gottlieb in Perry, Okla., on Jan. 5, 1925, Ann was the daughter of Morris Gottlieb and Madge (McCredie) Gottlieb. She graduated from Perry high school in 1942.

She married Bill Weaver in 1947 and had three children. She was later married to Gene Bynum.

Ann spent most of her life in Oklahoma City and Norman. She earned BA and MSW degrees from the University of Oklahoma and was employed for years as a social worker for the Cleveland County Health Department.

Ann loved her children and grandchildren, her many pets — especially her dogs — and the Oklahoma Sooners.

Ann will be interred at Grace Hill Cemetery in Perry following a private family service. In lieu of flowers, you may send donations to the charity of your choice