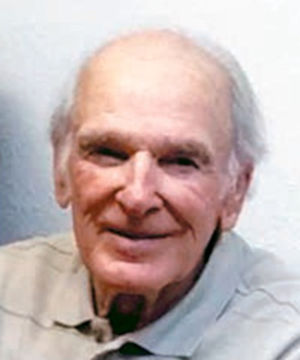 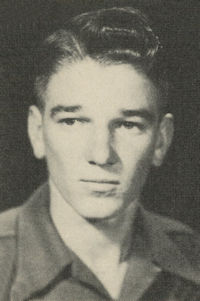 He was born November 10, 1931, in Red Rock, OK to Cecilia Briegge Kopp and Fred Kopp, Sr. of Perry, OK. He grew up in the Perry area, graduating from Perry High School. His family was part of the farming community. He belonged to the FFA and showed calves in many livestock shows. He was involved in the American Royal competitions in Kansas City.

He met and fell in love with Alice Sue Rupp when he was 17. Alice was 16. They met at a stock show in Perry, OK. It all started with a wink. He was in the upper stands at the Noble County Fairgrounds and spotted Alice below and winked at her. The story begins there. They loved going to the movies and would cruise the Perry Square on Saturday nights. Their courtship was three years long before they tied the knot on July 27, 1952, at the Zion Lutheran Church.

After 3 months of marriage, Freddie was drafted into the United States Army. He did his basic training at Ft. Leonard Wood, Missouri. Then he was stationed at Chateauroux, France for 18 months, where he was transferred into the United States Air Force. His military training allowed him to build runways for the Army Air Force. During this time their oldest daughter, Tanna was born.

Fred was father to three girls. Tanna – “I am grateful for Dad teaching me how to drive the hay truck, which led me to a feeling of confidence and an I can do it attitude in my life.” Pamela – “My dad taught me many life lessons and to be mindful of helping others. But most of all he always emphasized to be moral and ethical. For this, I will always be grateful.” Shelby – “I have memories of my Dad carrying baby animals in his pockets. I too, so love animals and it all started with my Dad.”

Fred was a successful farmer, highly respected in his community, raising wheat and alfalfa for 68 years. In addition, he created his own pecan grove, grafting many of his own trees. His grove produced many specialty pecans that were highly sought after.

Fred was also a highly skilled craftsman. He built his own home in 1985. He was a very talented wood-worker – building cabinets, games and decorative pieces. Fred was known for his work ethic and his detail work and as a result anything he produced was very high quality.

He loved animals and nature. He was a true gentleman – kind and generous.

He is preceded in death by his parents, Cecilia and Fred Kopp of Perry, OK and sister, Margie Stricklen and her husband Bud Stricken of Edmond, OK.

A graveside service will be held on Wednesday, April 15, 2020 at 2:00 pm at the Zion Lutheran Cemetery. Memorial contributions may be made to Perry Senior Citizens in care of Trout Funeral Home of Perry, 1408 N. 7th St., Perry, Oklahoma 73077.