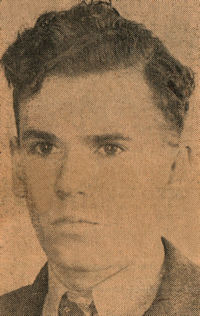 – son of Mrs. Helen Folan. He was born in Perry 19 years ago and has lived here ever since.

A World War II Army veteran and electronic engineer, he worked on the Manhattan Project and was present at Trinity Site.

He was retired from civil service with Test Track at Holloman Air Force Base and a member of National Association of Atomic Veterans.

Memorial service will be at 7 p.m. today in Hamilton-O’Dell Chapel, in Alamogordo, NM.