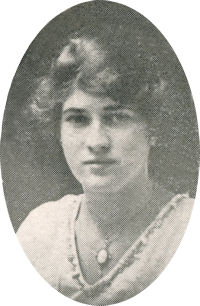 Born in September, 1897, she was the daughter of William and Carrie Stout. She graduated from Perry high school in 1916 and attended three years of college.

On January 9, 1922, she and Robert Hartman were married in Oklahoma City. He preceded her in death in 1982.

She was a musician who sang and played the piano on numerous occasions at local events and who taught music.

In addition to her husband, she was preceded in death by her parents and son, Robert R. Hartman, Jr.

She is survived by her son Theodore W. Hartman and grandson, Steven Robert Buckholz.