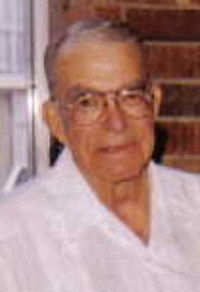 – son of Mr. and Mrs. H. M. St.Clair, was born in Springdale, Ark. He has attended the Perry schools all his life and is a member of the basketball team, F.F.A., and of the farm level team.

He will attend Oklahoma A. and M. College in Stillwater next year.

Born March 10, 1920, at Springdale, Arkansas, he was the son of Harold Mack and Laura May (Wurtz) St.Clair. He graduated from Perry high school in 1938.

He was a retiree of Gulf Oil Company, a U.S. veteran of World War II and the Korean War and a member of St. Francis Episcopal Church of Heber Springs, Ark.

Services are scheduled for 2 p.m. Monday at Faith Lutheran Church of Fairfield Bay. Burial will be at 3 p.m. Tuesday in Grace Hill Memorial Cemetery, Perry, Okla. Memorials may be made to St. Francis Episcopal Church of Heber Springs, Ark.