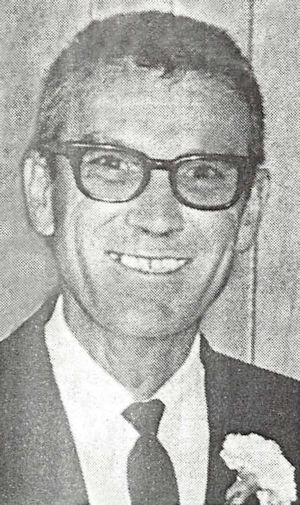 Born Feb. 22, 1927, at Perry, Sharp was the son of William and Ruth Sharp. He attended Perry high school and served with the United States Army during World War II.

Funeral will be at 2 p.m. Thursday at Parker Funeral chapel with Rev. Reul Baxter of Stillwater in charge. Burial will be at Grace Hill cemetery.