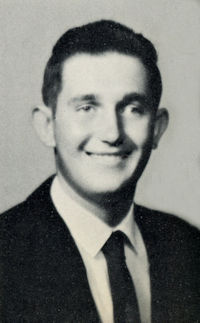 ﻿Michael Charles Mikolajcik, a resident of Oklahoma City, was born August 28, 1944, in Hutchinson, Kansas to Arlene Jeanette and Albert Mikolajcik. He attended school in Perry, Oklahoma, where he graduated in 1964.

He was a home remodeler and loved his adventures hunting in Oklahoma and Colorado with his many friends and relatives.

There was a memorial service held at the Demuth Funeral Home by Reverend Lonnie Rutherford on Tuesday, February 21. His body was cremated.