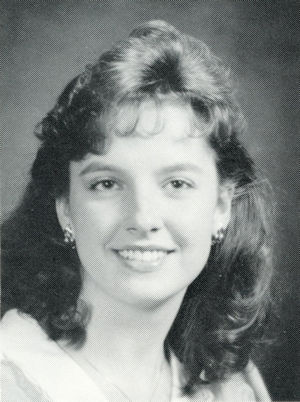 Marcia Kay Taylor was born January 8, 1971, in Perry, OK, the daughter of John Marks and Kathy Marie (Frazier) Taylor. She and Thieu Le Hua were married June 4, 1994 and resided in Oklahoma City.

Marcia was reared in Perry, OK, where she attended Perry schools, and graduated in 1989. She played flute for the band, and was a member of the National Honor Society, Technology Students Association (TSA), and Junior Engineering Technical Society (JETS).

After her marriage, Marcia Hua attended the school of medicine at the University of Oklahoma Health Sciences and graduated in May 1998. She was accepted into the Family Practice Residency Program at the O.U. Health Sciences Center and completed with eight months of residency before becoming ill in March 1999.

Marcia enjoyed spending time with her friends and family, flower gardening, and cooking. She also loved a variety of music and especially enjoyed karaoke.

Marcia was preceded in death by her grandfather Rayborn Frazier.

In lieu of flowers, the family has requested memorial contributions be made to the Marcia Kay Hua, M.D. Memorial, Department of Family Medicine, 900 N. E. 10th Street, Oklahoma City, OK 73104.