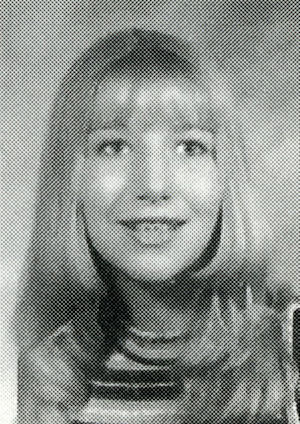 ﻿Cesslee Law, 14, died Saturday, December 12, 1998, one quarter mile north of Orlando on Highway 77, as the result of a traffic accident.

Miss Law was born June 13, 1984, to Richard “Butch” and Kim Law in Stillwater. She was a freshman student at Perry Mid-High School. Miss Law was a member of the Perry High School band, the Honor Society and PACE, the gifted and talented program at Perry Public Schools.

Miss Law is survived by her parents, Butch and Kim Law of Perry; her brother, Tony Law of Columbus, Miss. and two uncles and aunts; Donnie and Sandra Womack of Perry and Brian and Xiao Lan Womack of Saudi Arabia.

She was preceded in death by her grandmother, Pat Womack.

Services were held at 2:00 p.m. Wednesday, December 16, 1998 at the Perry High School Auditorium. Mark Uhlman, minister of the Church of Christ, officiated. Interment was at Grace Hill Cemetery under the direction of Brown Funeral Home.

A scholarship fund is being established in Miss Law’s name at Exchange Bank & Trust Co. Contributions may be made to the Cesslee Law Memorial Scholarship Fund either through Exchange Bank or Brown Funeral Home.