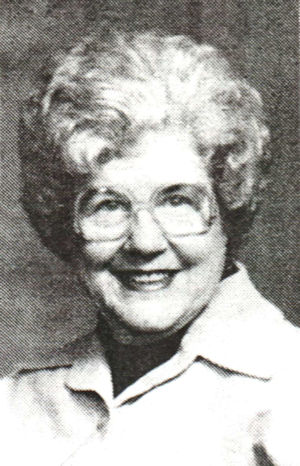 Rev. Lynn Scott will officiate. Burial will be in Grace Hill cemetery. Memorials may be made to the building fund of the First Christian church.

She and her husband farmed in the Red Rock area before moving to Perry in 1955. Mrs. Clark had been an employee of Green Valley Nursing home, Bertha Malzahn, and R. L. Frailey. She was a member of the First Christian church.

Among survivors are two daughters, Mrs. Charles (Sharon) Wise and Frankie Hyatt, both of Perry: one granddaughter, two grandsons, a grandson-in-law and granddaughter-in-law, Gayla and Edward Thompson, Oklahoma City, and Scott and Michelle Wise and Justus Hyatt, all of Perry; and three great-grandchildren.

Mrs. Clark was preceded in death by her husband, parents, and one brother.