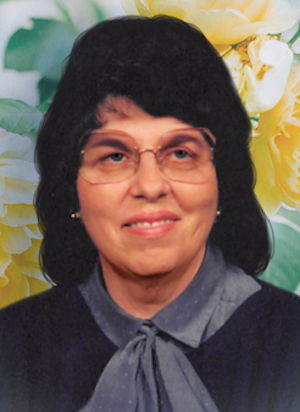 Marilyn Fay Seeliger has rejoined her Lord and Savior Jesus Christ in Heaven. She was 84 years old.

She was born on September 25, 1935, on a farm in Lucien, OK. She was the daughter of William S. (Bill) Adams and his wife Mary Ellen Nida Adams and attended Perry Schools. Marilyn graduated from high school in the spring of 1953. She worked for a local bank as a clerk early in her career.

She met and married the love of her life, her husband Clair Seeliger, in June of 1955. They settled down and raised their family in Enid, OK, later moved to Stillwater, and finally back to Perry in 1974.

While in Stillwater, she worked for Stillwater Public Schools as a clerk. The job she was best known for was 20+ years as the secretary for Christ Lutheran Church after they moved to Perry.

She was very active in the church as her faith always carried her through. Marilyn has been a member of the Christ Lutheran Church of Perry since 1955. She loved Jesus and loved to tell others about Him. She printed the church bulletin every week and was very involved with the Lutheran Women’s Missionary League (LWML).

Marilyn was a loving and kind mother. She selflessly put the needs of others always before her own. She enjoyed cooking and quilting, as well as making special Christmas cookies. Later in life, they started and operated a Christmas tree farm outside of Perry. They loved to travel. She and Clair took frequent trips in their travel trailer. Marilyn loved to garden, both vegetables and flowers. Yellow was her favorite color.

She was preceded in death by her parents William and Mary Adams, husband Clair Seeliger, sister Janice Doggett and brother John Adams.

Funeral services will be held at the Christ Lutheran Church of Perry at 10 a.m. on Friday, July 24, with burial to follow at Grace Hill Cemetery Pavilion. Friends are welcome to stop by Brown Dugger Funeral Home of Perry to pay their respects and sign the guest book on Thursday from 11 a.m. until 7:30 p.m. In lieu of flowers, donations may be made to the Lutheran Women’s Missionary League at Christ Lutheran Church in Perry.