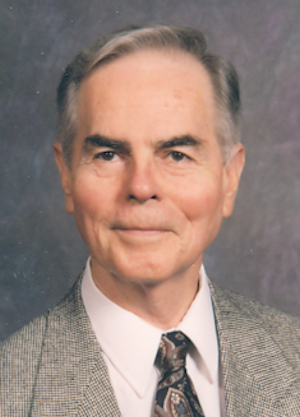 Fred was born in Perry.

He served in the U.S. Army for three years during World War II and as a reporter for the Stars and Stripes military newspaper part of that time.

Fred is “the” person to call for local historical information. He is the author of numerous newspaper columns and books about Perry and the surrounding area.

He was a columnist and managing editor of the Perry Daily Journal for 25 years.

Beginning in 1969, he went to work at The Charles Machine Works, Inc. as manager of the Advertising and Graphic Communications Department. Upon retirement in 1991, he resumed his column in the Journal, “The Northwest Corner.”

His acclaimed book, The First Generation: A Half Century of Pioneering in Perry, OK, begins with the Cherokee Strip Land Run in 1893. Fred’s other books include A History of the Paul W. Cress Family and several others, as well as the newspaper columns dating from 1946.

Fred served on the Perry Schools Board of Education and has been involved in many community activities.

He still resides in Perry with his wife, Laura. They are the parents of two daughters, both graduates of Perry High School. Fred is the example of what a citizen of Perry and a true gentleman should be.