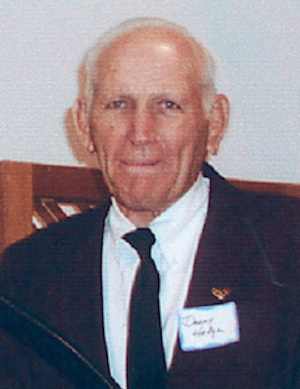 “Danny” was arguably one of the greatest wrestlers ever to come from Perry High School. He was undefeated and was a state champion for three years. He attended the University of Oklahoma and was also undefeated there – and pinned the majority of his opponents.

When Dan was 20, he won a spot on the U.S. Olympic wrestling team that went to the 1952 Olympics in Helsinki, Finland, and came in fifth. Then he was on Team USA at the 1956 Olympics in Melbourne, Australia, and won a silver medal.

Danny became a Golden Gloves heavyweight champion and was the only person ever to win a national championship in both wrestling and boxing.

Danny is the only wrestler to be pictured in Sports Illustrated magazine.

Danny still makes his home in Perry, but has business interests elsewhere.