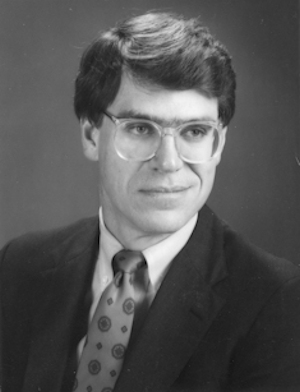 Ed Kelley began his newspaper career right here in Perry as a copyboy and sports stringer with the Perry Daily Journal. As a Maroon, he played football and basketball and held many elective offices. He became Editor of The Oklahoman, the only non-Gaylord family member to hold the title of Editor since the paper became a major factor in the state.

He was an outstanding student at Northern Oklahoma College and the University of Oklahoma, where he was named to Phi Beta Kappa and worked on the OU Oklahoma Daily. He started working at the Daily Oklahoman as a roving state reporter in 1975 and then served as business editor and city editor at The Oklahoman and Times. He then was Washington bureau chief from 1986 to 1990, covering the Oklahoma delegation and national issues. He was managing editor of The Oklahoman from 1990 to 1995, as well as Editor and editorial page editor. He was a Pulitzer Prize juror in 1998.

Ed directed The Oklahoman’s coverage of the Murrah Federal Building bombing in downtown Oklahoma City in 1995, when 168 people were killed and several hundred were injured in the most deadly act of domestic terrorism in U.S. history.

Later that year, the National Press Foundation honored him as the Benjamin C. Bradlee Editor of the Year for his work on that coverage. He was inducted into the Oklahoma Journalism Hall of Fame in 2003.