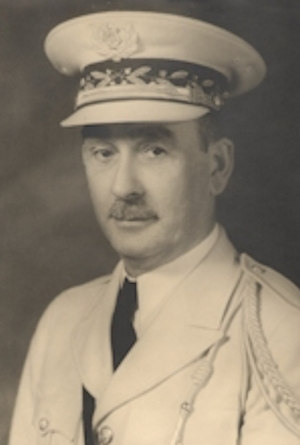 Professor Leopold Radgowsky emigrated to Eastern Europe from Russia at the beginning of the Bolshevik Revolution. Col. Joe Miller (101 Ranch Wild West Show) hired Professor Radgowsky. The troupe toured Europe in 1926, then returned to the 101 Ranch in Northern Noble County by Marland.

In 1928, the band was not rehired by the Miller Brothers. Bert Shaw, himself a musician, persuaded Radgowsky to move to Perry and become the first Perry High School Band Director. Radgowsky had a very limited English vocabulary, but got his point across with his body language and limited vocabulary.

Radgowsky never married. He died in 1938 and is buried at Grace Hill Cemetery.