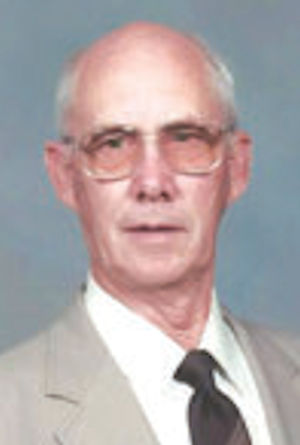 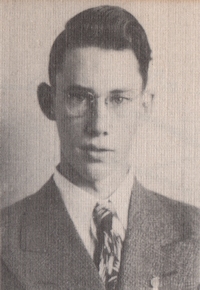 Charles Vernon Nelson, 84, of Lucien passed from this life on Oct 12, 2013 with his loving family by his side.

Services have been entrusted to the care of Palmer Marler Funeral Home of Perry and a service celebrating his life will be held on Wednesday, October 16, 2013 at 2:00 pm at the Lucien United Methodist Church in Lucien, OK with Ruth Atterberry officiating.

The son Ira Vernon and Anna Matilda (Rupp) Nelson he was born on November 15, 1928, in Kansas City, Missouri. He was raised and attended schools in the Lucien area.

Immediately following his graduation from Perry High School in 1947, he joined the U.S. Air Force. While in the USAF, Charles served as part of the occupation forces in Japan. Following his honorable discharge, he returned to Lucien and enrolled in Greyhound bus driver school in Dallas, TX. Charles worked for several months as a bus driver before marrying Pauline Munger in Lucien in 1949.

Charles and Pauline moved to a family farm and dairy outside of Lucien where Charles would farm for more than four decades.

In the 1950’s, Charles worked as roughneck and in 1960 he purchased the first self-propelled swather in the area and began cutting hay fields for farmers all over northern Oklahoma. Charles and Pauline sold their dairy to their son Lon in 1976 and moved back into Lucien.

Following Pauline’s death in 1981, Charles began delivering papers all over northern Oklahoma and he went to work at the C-Stop in Perry.

In 1997, while working at the C-Stop, he met and married his favorite customer, Mary Ellen Thompson.

In 2010, Charles retired from farming but continued to deliver papers to his customers until his health forced him into retirement.

Charles enjoyed collecting antiques and antique toys and he found joy in spending time with his grandchildren.

He was a talented musician and he loved to play the organ and sign old gospel hymns.

The family wishes to thank Judith Karman Hospice, Dr. Blake Baird, and Dr. Kara Pence for their care and compassion during this difficult time.

Charles was preceded in death by his parents, Ira Vernon and Anna Matilda (Rupp) Nelson, and his first wife, Pauline.

Charles was cremated and buried near his parents in McGuire Cemetery.