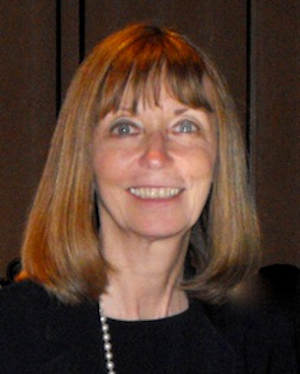 After graduating from the University of Central Oklahoma (UCO), she went to work for the state’s largest advertising agency. One of her clients, McDonald’s, hired her and from that point on her career went sky-high. She worked for McDonald’s in Chicago, Detroit, and Houston. While in Detroit, she received the prestigious “President’s Award” from Ray Kroc, owner of McDonald’s, and became the first female regional marketing manager.

Cold winters in Chicago drove her to Paris, France, to direct McDonald’s French marketing campaign. From there she moved to Frankfurt, Germany, then to London. Kathy was the Vice-President for McDonald’s European marketing.

Today Kathy is President of Zepper Entertainment in Tulsa as well as property developer in “The Village at Central Park” near downtown Tulsa.

Kathy is the daughter of Hulda and the late Irl Henry. She is married to Jamie Jamieson and is the mother of 11-year-old Adam Jamieson. The family lives near Cleveland, OK.