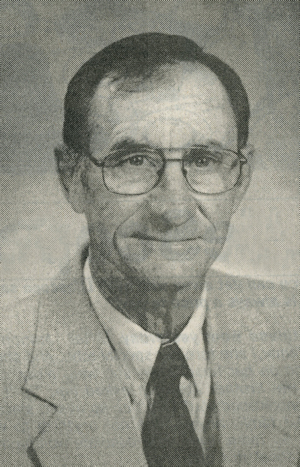 Leonard Shelton, a Perry native, compiled an outstanding record as PHS wrestling coach and was named to the Hall of Fame for Lifetime Service to Wrestling at the National Wrestling Hall of Fame in 2000. As a PHS wrestler, he was a 1955 state champion, and he was an All-American at the University of Oklahoma.

After graduating from OU, Leonard taught industrial arts and coached wrestling at PHS. Coach Shelton compiled the greatest record in Oklahoma high school wrestling as a coach during the 10-year period of 1969-79. His teams won 10 regional and nine consecutive state titles from 1971-79. He returned from retirement for the 1994-95 school year and won another state championship. This record establishes Perry nationally as the school with the most high school wrestling championships.

Individual honors were as great as team titles with his wrestlers claiming 40 individual championship medals. His 1973 team won seven of the twelve available and won with a record breaking score of over 100 points ahead of the second place team.

Coach Shelton is retired now, but still follows PHS wrestling with a passion.