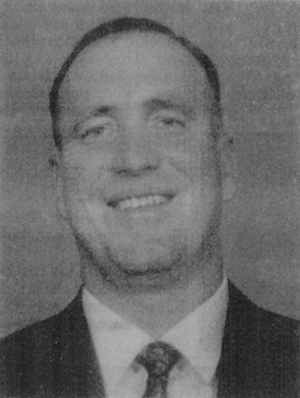 Col. Marc Workman, the son of Bill and Pat Workman, is the oldest of six children, all of whom graduated from PHS. Col. Workman graduated from PHS with the Class of 1973. He enlisted in the US Marines in March 1974 while attending Oklahoma State University. He was selected to go to the USMC Officer Program and was commissioned a Second Lieutenant upon graduation from OSU.

Col. Workman married Rhonda Drake of Gage, OK in December 1977. They are the parents of two daughters, Kristen and Haley. After release from active duty in 1981, Marc and Rhonda moved to Gage to enter the family cattle business of raising Hereford cattle. Marc and father-in-Law, Irvine Drake, Jr., became partners in the business.

During the next 20 years, Marc worked for the Fargo, OK, Farmers Coop, working his way up to the general manager.

Col. Workman was recalled to active duty several times, He has served the USMC in South America, the Middle East, Southwest Asia, Norway, California, Afghanistan, Iraq, the Far East, US Marine Forces in the Pacific, Indonesia, the Philippines, Taiwain, Mongolia, and Korea (where he is presently stationed.)