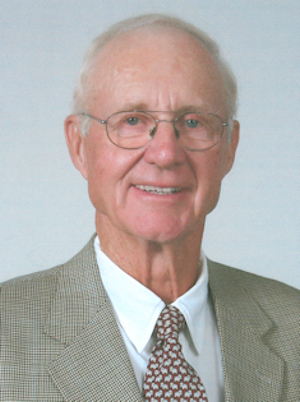 Bart Brorsen, a 1950 Perry High School graduate, lists his occupation as a “Food Producer and a servant of the most high God.”

Bart’s life has been one of service through leadership as a director or member of boards of institutions and organizations aimed at providing education and services to his country, state and community. He served on the Board of Education of Perry Public Schools, the Perry Rural Fire Department and Moor Water, Incorporated.

Mr. Brorsen was a director of the Exchange Bank and Trust of Perry for 15 years. He resigned from that position to become the Director of the United States Department of Agricultural Stabilization and Conservation Service for the State of Oklahoma, a position he held for seven years. In this job he had the important task of helping to determine federal government agricultural policies and programs.

Bart and his wife, Lanora, have six children, all graduates of Perry High School and of Oklahoma State University. The Brorsen family was named State Farm Family of the Year in 1982 by the Oklahoma Farm Bureau. Bart and Lanora are active members of Perry’s First Presbyterian Church.