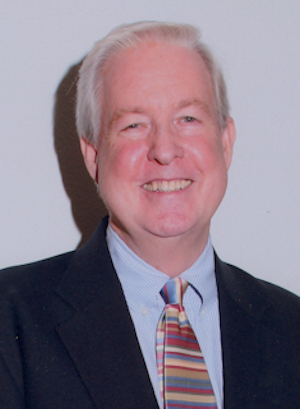 Dr. Stewart Beasley is a psychologist who is well known for his practical and no-nonsense approach, and he is active in his community, state, and national efforts to improve the quality of life for others. As a Boy Scout in Perry, he earned an Eagle Scout at the early age of 12. At PHS, he was active in band and was president of the Student Council. He is married and the father of three children.

Dr. Beasley, a Clinical Professor of Psychiatry and Behavioral Sciences in the Department of Psychiatry and Behavioral Sciences at the University of Oklahoma College of Medicine in Oklahoma City, has practiced his profession since 1976; and, as a teacher and university professor, he has taught hundreds of psychologists, counselors, marriage and family therapists, and social workers. He is frequently sought out by professionals from many careers for his counsel and advice, and he enjoys working with teens and their families, college students, couples and senior citizens. Dr. Beasley presents informative programs to schools, churches, civic clubs and professional organizations, and is frequently invited to speak as a commentator on local radio and television programs. He has appeared nationally on CNN, NBC, CBS, and ABC, as well as internationally on radio and television stations in Japan, Great Britain, the Netherlands, France, Australia, and New Zealand. Dr. Beasley and his wife, Dr. Lori Beasley, write a monthly column, “Q and A With the Beasleys,” in MetroFamily Magazine.

Dr. Beasley has been honored by many organizations. Oklahoma City’s Contact Crisis Helpline honored him for his “Outstanding Leadership in Physical, Mental, and Spiritual Wellness” at its annual Festival of Hope. The American Psychological Association recognized him as “Federal Advocate of the Year of Contributions to the Profession of Psychology at both the State and Federal Levels” at its annual State Leadership Conference in Washington, D.C. The Oklahoma Psychological Association honored Dr. Beasley with its Distinguished Psychologist Citation, its Citation for Distinguished Contribution by a Psychologist in the Public Interest, and its Citation for Outstanding Contributions to the Profession of Psychology in Oklahoma.

Dr. Beasley was one of the first psychologists to meet with survivors and their families of the Edmond Post Office massacre. He assisted survivors of a devastating tornado that destroyed much of west Edmond, and provided help to families of victims of the Murrah Federal Building Bombing in Oklahoma City. Dr. Beasley enjoys spending time with his wife and family, traveling, reading, and writing.