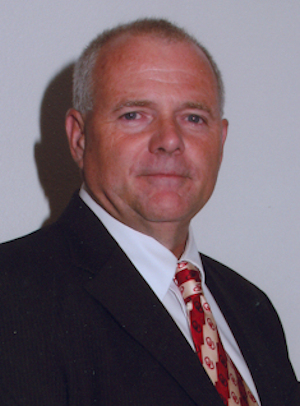 Dr. Bryan Chrz was born to Ralph and Velma Chrz in Perry on November 10, 1952. He attended Perry Public Schools, graduating in 1971.

Dr. Chrz was counseled by his teacher and adopted aunt, Ruth Taber (also a member of the PHS Alumni Association Honor Roll), while he was still in grade school to become a dentist, and she helped him secure scholarships to attend the University of Oklahoma. After three years at OU, he entered the University of Oklahoma College of Dentistry (OUCD) and graduated with honors in 1978. He began a private practice in Perry that summer and recently completed thirty years of service to this community. Dr. Chrz is married to the former Billie L. Will, who practices law in Morrison. They have five children; Amy Harman and her husband Aaron live in Broken Arrow, Allyson lives in Tulsa, Jarrett, Abbey and Will live in Perry.

Dr. Chrz has been active in the Oklahoma Dentist Association (ODA), serving on the Membership and Membership Services Committee, which he chaired, and was on the Advisory Board for Dental Services Group (for national dental laboratories). The ODA recognized him with the Benjamin Franklin Scott Award in 1998, and the OUCD Alumni Association made him Dentist of the Year. He is a Fellow of the American College of Dentists. Dr. Chrz is on the staff of the Perry Memorial Hospital.

Dr. Chrz in an internationally recognized authority in forensic odontology. He is a Fellow in the American Association of Forensic Sciences, board certified by the American Board of Forensic Odontology. He is a consultant for the Office of the Chief Medical Examiner of Oklahoma, the Tulsa and Oklahoma City Police Departments, and Kenyon International Services, which handles mass disasters around the world. He is a member of the Disaster Mortuary Operational Response Team (DMORT), and in this capacity worked on the Oklahoma City Murrah Building bombing, a KAL crash in Guam, the Del Rio, Texas floods, the Oklahoma City tornado, the Hurricane Katrina, the 2004 tsunami response in Thailand, and the 9/11 terrorist attack in new York City.

Dr. Chrz lectures widely and teaches courses for the U.S. Armed Forces and several universities. He and wife Billie, live on a farm near Perry and enjoy their family and travel.