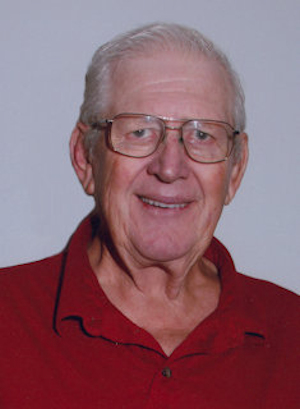 Gordon Roesler, son of Herb and Bertha Roesler, was born and raised on a farm north of Perry, Oklahoma. As a youngster, Gordon attended Fairview and Four D Rural Schools from the first through the eighth grades. He attended Perry School from the ninth through the twelfth grades, and graduated from Perry High in 1954.

After completing high school, Gordon attended the University of Oklahoma where he wrestled heavyweight for the Sooners’ team from 1956 to 1958. During that time, his many wrestling accomplishments include taking first place in the National Collegiate Athletic Association (NCAA) Tournament in 1956, third place in the NCAA Tournament in 1957 and second place in the NCAA Tournament in 1958. He won second place at the National Amateur Athletic Union (AAU) competition in San Francisco, California in 1958. In addition, he won the Big Seven Conference Titles in 1956 and 1957, and the Big Eight Conference Title in 1958. In 1959, Gordon graduated from OU with a degree in Industrial Education.

After college, Gordon returned home to Perry where he began working for Brent Oden for two years before returning to the farm. For the past 46 years, Gordon has been active in farming and running his own bulldozing service. He also enjoys woodcarving, camping, fishing, reading, television, and his animals. For a long period, he restored old automobiles as a hobby. Among his beautiful wood carvings, one, a walnut carved Macaw (parrot), won a prize at the Tulsa State Fair. As an entrepreneurial farmer, Gordon raised pheasants, llamas and African ostriches, which he successfully marketed.

In 1974, at the age of 38 years, this long time bachelor married Nita Anderson Alexander. One of Gordon’s major accomplishments was immediately becoming a father to five children, Jodi, Judi, Jeri, Joni, and Jon. After raising their children, Gordon and Nita continue to reside on their farm north of Perry near Black Bear Creek; and to enjoy family, friends and being part of the Perry community.