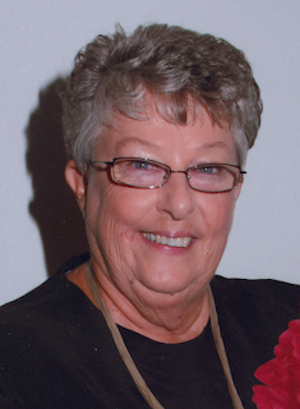 Karen Wilcox is the daughter of Cecil and Helen Milliron of Perry, and graduated from Perry High School in 1961. Karen is married to Terry Wilcox, a retired Chief Financial Officer of Charles Machine Works. They have two children: Darrick Wilcox of Edmond; and Lisa, who is married to Rob Carnes of Claremore. Karen is very proud of her two grandchildren, Caitlen and Kelsey Carnes.

Listing all Karen’s contributions to Perry as a volunteer leader and worker would require more space than allowed. She was a founding member of the YMCA and fund-raiser for the new 1984 YMCA building. She has co-chaired the “Tour of Homes at Christmas” for the past 21 years, which raises funds for downtown Christmas lighting, and she voluntarily decorates the Perry square at Halloween and Christmas.

Mrs. Wilcox was the 1993 Chair of Perry’s 100 year celebration, overseeing all activities– including the Centennial Ball, Centennial Train, May Day Celebration, the “Hope and Dreams” statue and the Centennial Plaza– that resulted in Perry’s most highly attended annual Cherokee Strip Opening Celebration.

She was the driving force for the purchase of the Foucart Building and its restoration, and in saving and renovating the 1939 Armory, Daniels Field Stadium, and the original WPA Elementary School. Karen added to this by working with a grant writer to obtain funds for new sidewalks and replica street lights for the Courthouse Square. She also helped Perry keep pace with the rapidly evolving informatics-world by helping to bring high speed Internet availability to Perry schools, the City Hall, the Courthouse, and the Carnegie Library.

Karen was Chairman of the Perry High School Centennial Celebration in 2002, which included a number of events and activities. Later, as President of the Cherokee Strip Centennial Corporation, she led in the restoration of the 1894 Episcopal Church at the CCC Park, which was dedicated to the City of Perry in 2007, and is now in service as a church and is a popular site for weddings.

The fruits of Karen’s volunteer labor and leadership have been enjoyed by Perry citizens and by all who pass through our beautiful town.